OP9: The American Century and its Evangelical Christian Fiction Legacy.

Marisa Ronan investigates how the ideology of the “American Century” became enmeshed in the emergence of a distinct evangelical Christian fiction genre. By positioning the End Times narrative within an identifiably American experience, evangelicals sought to locate America’s destiny within a biblically ordained narrative of American Exceptionalism that drew heavily upon the geopolitical developments of the time. The article explores the origins of the “American Century” as a concept, from its earliest appearance in Henry R. Luce’s 1941 editorial, to how it became, for evangelical writers and theologians, a useful entry point into the political sphere and a way to encode their writing with an ever increasing sense of urgency. In focusing on the writings of Frank Peretti, Tim LaHaye, and Jerry Jenkins, Ronan seeks to establish how the novels that found greatest popular success were those which were fully entrenched in the “American Century” narrative. 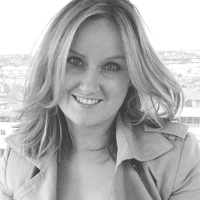 Marisa Ronan undertook a PhD and Postdoctoral fellowship in the UCDClinton Institute for American Studies where her thesis provided anintellectual and literary history of American Evangelicalism. She has over adecade of university program delivery experience, lecturing at both graduateand postgraduate level in University College Dublin and Trinity College Dublinin the areas of American Literature and American Studies. Dr. Ronan is currentlybased in Trinity College Dublin where she is leading a STEAM initiative, whichwill test bed ideas and projects that support the STEAM philosophy, moving froma focus on the STEM fields (Science, Technology, Engineering and Maths) toinclude the Arts in its widest spectrum of creativity (Design, Digital Arts,Visual Arts, Craft, Creative Industries and the Humanities etc.).She has anestablished track record in creative academic innovation, successfullydeveloping two university cultural programs, Dublintellectual in TrinityCollege and Cultúr Lab in University College Dublin. With an emphasis onHumanities advocacy the projects sought to connect the university and the city,promoting the concept of a porous university, knowledge exchange and the developmentof new pathways to make humanities scholarship more meaningful to othersoutside the University and discipline.

more
Board of Advisors